When fine lines, wrinkles, and other signs of early facial aging start to make their presence known, BOTOX® is a highly effective and non-surgical solution, taking years off your appearance without any significant recovery period or downtime.

What Do BOTOX Injections Do?

BOTOX is a neurotoxin that works by blocking the nerve impulses, temporarily paralyzing the muscles that cause wrinkles while giving the skin a smoother, more refreshed appearance. Studies have also suggested that BOTOX is effective in relieving migraine headaches, excessive sweating, and muscle spasms in the neck and eyes. Many of those frustrating facial wrinkles are caused by the constant use of your facial muscles. By freezing these muscles in place, BOTOX enables you to turn back the clock and enjoy a smoother, more refreshed appearance.

Virtual Event - All About Botox!

Is BOTOX Right for Me?

The cosmetic form of botulinum toxin, often referred to by its product name BOTOX, is a popular non-surgical injection that temporarily reduces or eliminates the mild to moderate signs of facial aging, and lasts anywhere between three and six months depending on the individual patient and the area treated.

You’re a great fit for BOTOX if you’re interested in addressing:

How Does BOTOX Work?

BOTOX is an FDA-approved injectable cosmetic treatment in a family of drugs called neuromodulators. While BOTOX is the most widely known neuromodulator, several other similar products are available. BOTOX works by temporarily blocking the release of the neurotransmitter acetylcholine so muscle contractions are reduced. This decreased muscle activity helps reduce the appearance of certain facial lines and wrinkles.

BOTOX is approved by the FDA for the treatment of glabellar lines (vertical folds between eyebrows) and canthal lines (crow’s feet). It is also frequently used to diminish other facial lines, such as transverse forehead lines, smoker’s lines around the lips, and nasal wrinkles. Additionally, it can be used to alter the appearance of downturned lips as well as modulation of eyebrow position.

BOTOX is administered via injection using a small insulin syringe. Typically, there are four to six injections per area treated. The effects begin within two to three days, increasing in intensity during the first week. The effects then last between three to four months. Most patients get treatments two to four times per year to maintain the beneficial effects. Improvement is gradual and continues to progress as long as treatments are maintained. Deep lines take longer to improve. Following treatment, patients should refrain from strenuous activity for 24 hours. 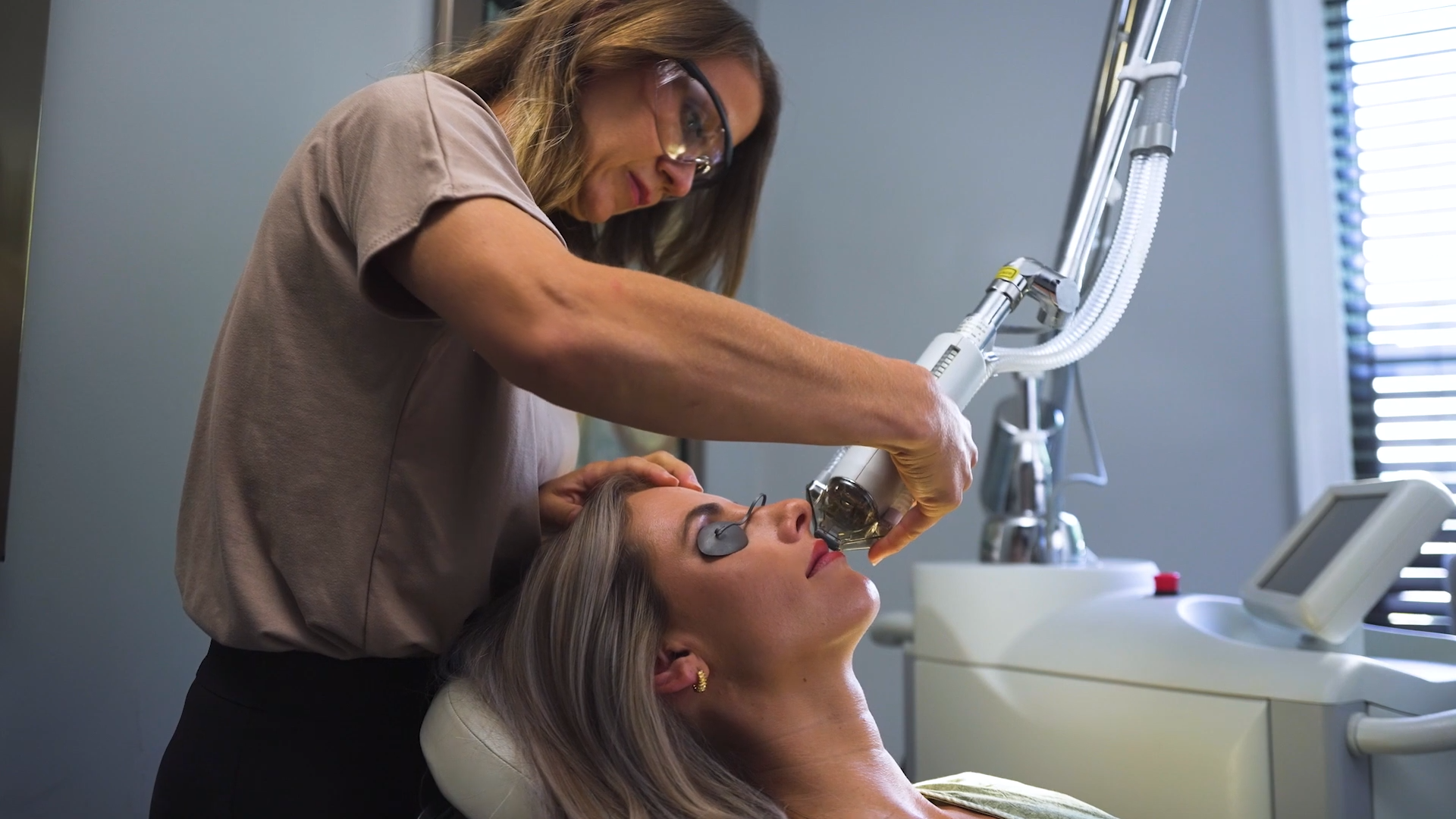 When Should I Start This Treatment?

Many people ask me when they should start getting BOTOX. Ideally, treatments should begin before the facial lines are noticeable at rest (static wrinkles). It is much easier to prevent deep wrinkles than it is to treat them. However, even the deepest of static wrinkles are improved by treatment with neuromodulators.

Like any medical intervention, there are risks. Serious risks include hypersensitivity reactions and distant spread of the toxin. However, it should be noted that these events are extremely rare and no definitive serious adverse events from the distant spread of toxin have ever been reported when using a reputable product at recommended doses.

The most common adverse event is the migration of the toxin into surrounding muscles, like the eyelids, causing a droopy eyelid or eyebrow. This has been reported in up to three percent of patients. It is a temporary effect, but distressing nonetheless. This is why I stress to anyone considering a cosmetic treatment, but especially BOTOX , to seek out an expert. Board Certified dermatologists and plastic surgeons like myself are trained to be proficient with these procedures to keep the risk of adverse events as low as possible. I perform hundreds of these injections each month and have unfortunately seen many patients with unsatisfactory results from non-core specialty injectors.

Discover a More Youthful Version of You

If you’re ready for a quick, easy, and nonsurgical answer to those facial fine lines and wrinkles, BOTOX is here to help. Dr. Cappuccino and his staff are proud to be offering this treatment to patients in the Mount Airy and Frederick MD areas, and beyond. When you’re ready to learn more, simply reach out and set up your consultation and learn more today!

In-office Online
Accessibility: If you are vision-impaired or have some other impairment covered by the Americans with Disabilities Act or a similar law, and you wish to discuss potential accommodations related to using this website, please contact our Accessibility Manager at 301-829-4110 .
Contact Us